The client with which we are developing the above described connector, discovered that the connector would have to be additionally protected with removable protective devices. We received the following e-mail: 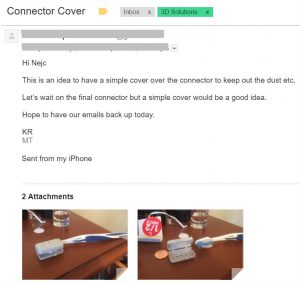 After a few attempts, we developed a cover which easily opens and closes, while its simple geometry will reduce the price of the plastic injection mould. 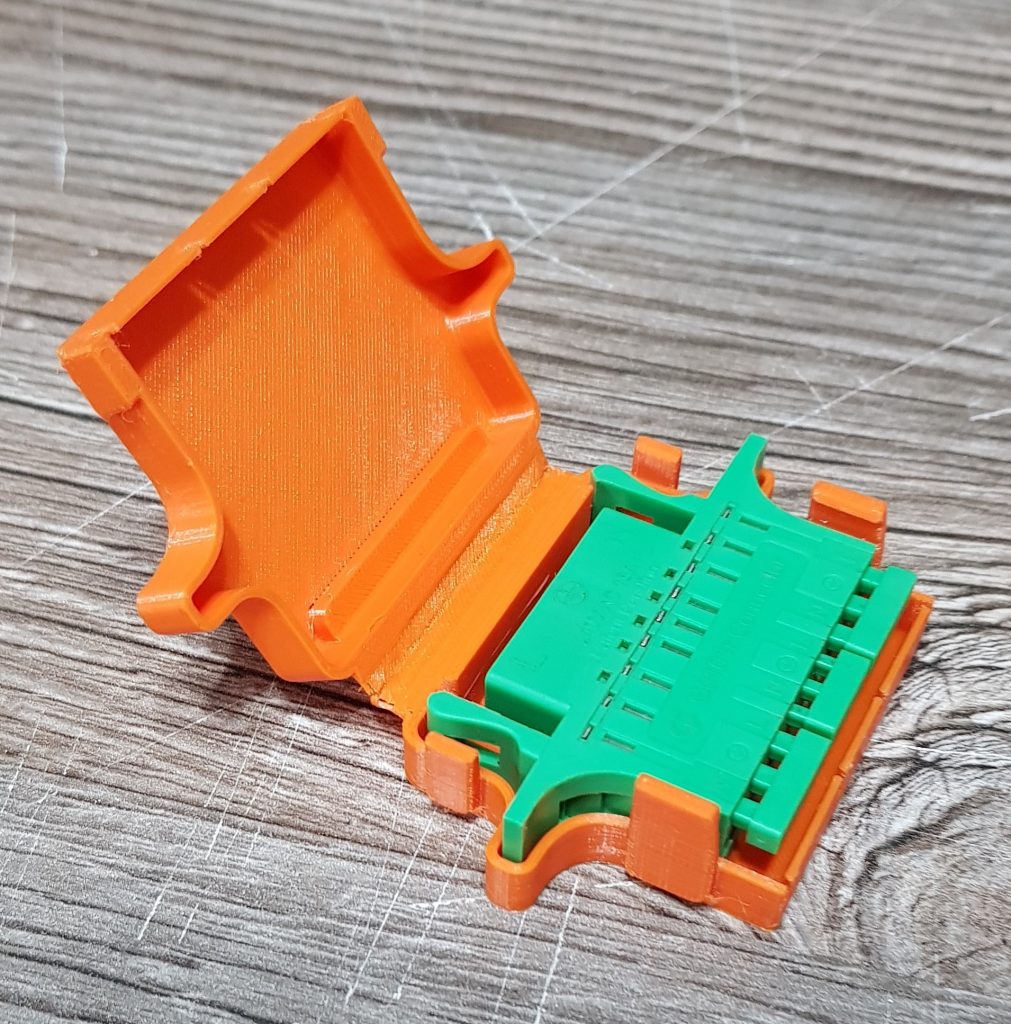 We printed 20 pieces of the product overnight and shipped them to the client abroad via the DHL Express Service. Two days later, the client tested the functionality of the prototype. Modern technologies enable us to provide extremely efficient and fast development services: from the basic idea which emerged while brushing teeth, to a series of working prototypes in under one week.